How to get help applying for health insurance through the federal health exchange in Oregon.

Purchasing Health Insurance Under The Affordable Care Act in Oregon

All Information Submitted on this website is Private and NOT Sold to Hundreds of Insurance Agents LIKE OTHER SITES. 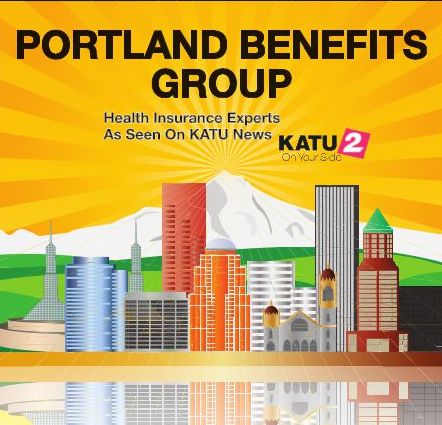 How Do I Sign Up for Obamacare in Oregon?

The easiest way to sign up for “Obamacare” Oregon is by using a licensed Health and Life Insurance agent to answer your questions and advise you on cost, coverage, and your eligibility for any assistance paying for your insurance through the health exchange. After that, your agent will process your application and work with the health exchange and insurance companies to ensure it is processed quickly and correctly so that your coverage starts when and how you want it. All Portland Benefits Group agents are experts on health and life insurance in Oregon and can help you find a plan that meets your needs and then fill out your healthcare.gov application for health insurance for you.

Or you can go the more difficult route in locating coverage for yourself directly through the exchange at Healthcare.gov.

Applications For All Major Oregon Carriers

We work with the best of the best, offering many solutions to tailor coverage to your needs.

We also are contracting with new carriers frequently and some state specific carriers may not be listed.

What is Cover Oregon and who replaced them?

The Oregon health exchange originally was Cover Oregon, which was Oregon’s non-functioning health exchange paid for by Americans and programmed by Oracle, a formerly well-respected software company. Blame has been issued by both parties in both directions, however one paid the other $240,000,000 for a system that didn’t work, and that party is Oregon.

Cover Oregon has since been replaced by the Federally Facilitated Marketplace, or FFM. The FFM is used in 37 states including Oregon and functions relatively well, despite a confusing interface, difficulties correcting data, and often inaccurately displayed copay’s, deductibles, rates, tax credits, network availability, and inclusion of mandatory required parts of health plans like mandatory pediatric dental. It is highly recommended that consumers use an agent to verify the inclusion of their doctors in a plan and that their application is submitted correctly and that their income is estimated accurately in the eyes of the new law.

Getting Help With Enrollment

Portland Benefits Group’s agents have been featured on KATU News as local experts and have been interviewed in The Oregonian. We have over 38 combined years of health insurance experience. We can answer or find the answer to nearly any question about health insurance. Call today to speak to an agent and get your questions answered. We will advise you on your eligibility for a subsidy to help pay for your insurance as well as reduced copays and deductibles known as cost-sharing reductions. Missing out on the programs you are eligible means forfeiting thousands of dollars in assistance paying for your healthcare.

Portland Benefits Group in The Oregonian

How are Health Insurance Agents Paid in Oregon?

Agents are paid by the insurance companies and our fee is already built into the cost of the premium. That means you don’t pay any more for insurance if you use an agent.

Using an agent is completely free. The rates are exactly the same as you would get calling an insurance company on your own.

How to get Obamacare

One of our professionally licensed agents will answer your questions regarding coverage options. Health and Life licenses held for OR, WA, CA, AZ, TX, MI, OH, PA, VA, NC, and SC.

Portland Benefits Group is an independent insurance agency in Oregon. We’re a one stop insurance shopping marketplace for Oregonians. We help our clients find a balance between coverage that lets them sleep well at night with premiums that still let them eat during the day. Portland Benefits Group’s expert health insurance agents have helped thousands of people navigate a confusing (and ever-changing) healthcare system. Call us today and we will help you obtain affordable, quality health insurance from any Oregon insurance company, and afterwards, we’ll still be here to help you when you have a claim or a question.

RATES ARE FIXED BY LAW. YOU CANNOT GET A BETTER RATE ANYWHERE ELSE. The rates are exactly the same as if you went directly to an insurance company.

Obamacare is confusing and if you choose the wrong plan you could be forfeiting thousands of dollars in government assistance. We can help you understand all of your options under the new law, and assist you with the Cover Oregon application process.

Only a licensed Oregon health and life insurance agents can recommend health plans and networks, calculate your tax credit and then help you apply either through the exchange or directly with an insurance company.